When I ever have time to really think out a lesson plan, I try to get as creative as possible. I try to find ways to get the students truly psyched about the experience. And this, in turn, improves their chances of actually retaining the information.

I’m going to back up here and give you some of my drama background. In 1987, I was a biology major who was going to a community college. I took one drama class and was hooked. The next semester I took a couple of drama classes, and unfortunately all my other classes suffered tremendously. However, I did learn a good deal about drama and theater. I auditioned for a few things, and got a few small parts in community theaters, mostly in children’s theater. I then considered theater a hobby while I did my best to repair my destroyed GPA.

I did not get through college very quickly at all, by the way. In any given year, either I was farting around too much, or I was working full time and going to school part time. I also switched majors several times. I finally got my BA in studio art in 1998 after being in college almost continuously since 1984.

Back in 1992, I switched my major to drama and went full-time to CSUS. I took acting and stage makeup and script analysis and puppetry and history of the theater. Pretty well-rounded. For some stupid personal reasons, I backed out of that plan of action. One part of the equation was that I had become convinced that I was a horrible actress. In 1994 I renewed my enthusiasm for college by switching majors one final time, to art. I figured I’d never know whether I was a good actress but I could with my own eyes that see I could draw reasonably well.

I spent enough time accruing drama units that I qualify to be a drama teacher officially. However, when I was given a drama class to teach along with my five art classes (me being a student teacher, no less) I had not a clue how to do it. I still barely know what I’m doing. I’m supposed to direct a cast of up to 20 students in a school play in the coming months, and I’ve never directed in my life.

So I figure the kids and I are learning together, and the more I can get them to do, the better for all of us. I want them to really get the whole theater experience, from script analysis to final curtain. So far I’ve had them do some pretty rigorous script analysis on A Streetcar Named Desire, a topic for a later post. We’ve also worked on character development, another topic for a later post.

Now I want them to become familiar with the roles of all the people it takes to put a play together. It not just about actors.

I got a great book with a really unfortunate title, “The Complete Idiot’s Guide to Amateur Theatricals.” If you get yourself a copy of this book, you’re welcome to use my worksheets below. So far I’ve given read-and-respond assignments on various portions of the book:

Sets â€“ “A Quick History”, “What Does the Material Require?”, “TMS Syndrome” and “Basic Set Elements”

While I have always tried to additionally review the material as a whole group discussion after the read and respond assignment, these activities have probably seemed rather dry for the students. Few of them have ever been in a theatrical production, and most of them have only seen one live play performance before: last year’s high school play. This is a very small town, and a child’s imagination can only go so far when simply reading and writing.

The next group of concepts I want to introduce them to, as I mentioned above, is the roles of the people behind the scenes. Instead of just reading, writing and talking, I want my students to get a fuller experience. The chapter, “The Executive Team: ‘You Gotta Have Heart'” covers the duties of the producer, director, assistant director, music director, choreographer, stage manager, stage crew and business manager. I had a brainstorm the other day that the best way for the kids to appreciate the duties is to act them out. Here are the steps I’ve worked out:

This schedule may be a bit optimistic, so I may stretch it out into two weeks if the students really get into it or are having a tough time getting going without coaching.

Assessment will be based on many factors: group cooperation, individual effort during group work, job summary, script, prompt book performance, and quiz results. Here’s what I will be handing out to my students next Monday. I have not yet written the quiz.

If this format works well, I may it use again for the following chapter on the Design Team (set designer, costume designer, lighting designer, properties manager, and sound designer.)

My ultimate goal is to manage the director’s job myself for this school play, but to get my students into all the other backstage roles. Many students will have to act as well as work as crew, which should work out fine for such a large cast. I’m already picturing in my mind who can handle the stage manager and producer roles. I just purchased Play Director’s Survival Kit: A Complete Step-by-Step Guide to Producing Theater in Any School or Community Setting so I can figure out my job.

Hi Dawn,
I teach drama(in english) in France. I love your site, full of useful advice and references to good books. Have you tried Augusto Boals books, ‘The Rainbow of Desire’ and ‘Games for Actors and Non Actors’? I am sure you will find them interesting.

Keep up the good work, Kirsty 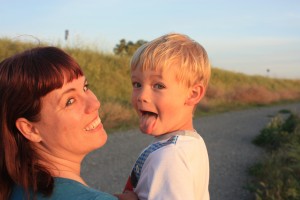